Submit Event|My Account
NOTE: This is a 2020 listing. All information listed pertains to 2020 only and does not apply to 2021. 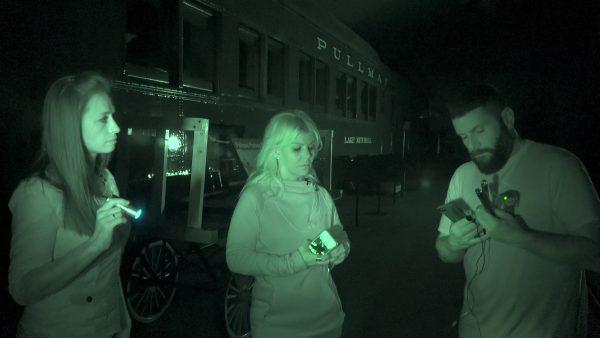 Paranormal investigation sessions start at 1 p.m. & 2:45 p.m.
Each session is 90 minutes long and will be filmed as a part of the Investigate Wisconsin Tour and for a new paranormal investigative (currently unnamed) Haunted State franchise related show that features you, the public. The new series will stream on Amazon Prime Video (on a future date, TBD).

– Each guest must be 18 or older at the time of the event.
– Doors open 15 minutes prior to each session.
– This exclusive event hosts only 48 participants per session.
– Video cameras will be filming this for a new television series; filming waiver will be presented & required for each guest. If you don’t want to be included in the filming part, that is ok, but you’ll have to talk to the producers on site – though this filming waiver is still required.

About Haunted State:
The Amazon Prime Video documentary series Haunted State is developed by Wisconsin-based Hungry Lion Productions. The series covers the history of Wisconsin locations, the paranormal, and the ability to communicate with our lost loved ones. World renowned parapsychologist, Lyod Auberach provides scientific commentary on the findings.